UPDATE: It has been 4 years since I originally wrote this post, but because it is still as relevant today as it was back then, I’ve gone through and added citations like this to reflect important changes for 2017 and beyond. 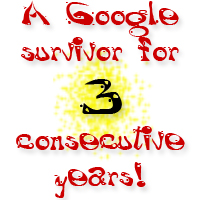 Exactly 3 years ago (August of 2009) I decided to do internet marketing fulltime. I had no idea what I was getting myself in to but wow – what a ride!

My main focus right from the beginning was to learn everything I could and get good at search engine optimization (SEO).

I figured if I mastered the SEO game well enough, I could rank any site high in the search engines and make money off of the millions of visitors it would receive as a result. Boy, was I wrong!

I quickly learned that things were not quite as straight forward as I had envisioned. Even back then there was a lot of smoke in the SEO industry – everyone claiming to know what they were doing but few actually walking the talk.

One of the advantages back then though was that the Google algorithm did not change as quickly (or as much) as it does these days. Google wasn’t quite that picky either – which meant there weren’t really any serious longterm penalties for doing things wrong.

Despite all the changes though, one thing has remained the same: Google still loves quality backlinks and rewards sites that have them handsomely for it.

The challenge however is getting backlinks from high-end Google-loving sites. How does one do that though without coming across as a spammer?

One of my new ventures has been to try out press releases. Everyone is bragging about them and as such I finally decided to take the plunge and try them out myself. I had never really written a press release before so I went to fiverr and had someone write one for me for just $5.

UPDATE: Please note that about a year ago I started using a done for you press release service. So instead of paying for a press release separately, I have it written by the guy who also submits it for me. It costs me a tiny fraction now compared to what I paid back when I first wrote this post.

$5 does not buy you much of a release – but it gave me a decent outline that I was able to structure my press release around. Buying a professionally written one somewhere else could have easily cost me $30 – $100 so I was quite happy with what I got for $5 😀

After I was done with it, I went ahead and did the press release through PRWeb and contrary to a lot of the claims made, I did not get a flood of traffic coming to my site overnight. I gave it the benefit of a doubt though and am determined to do a few more releases to get a clearer picture.

It did give me some awesome backlinks though – but I am still not convinced that those were worth the $200 I ended up paying for that one release. I will do a case-study post with more details on Press-Releases in a few weeks once I have more stats and data to look at so – this is all I am going to say about press releases for now.

UPDATE: I wrote a detailed press syndication service review (of the service I use now) if you’re interested.

I was going through my fiverr orders and seen that original press release I had purchased a few days earlier, and got this brilliant 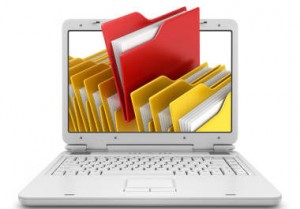 idea: why not open it up in WordPad, throw some “keyword hyperlinked” backlinks in there, turn it in to a PDF file and then submit it to a couple document sharing sites?!

I figured I had rewritten the entire release anyways when I did the real press release so it could not hurt to submit this one (the original) as it was (without rewriting it). It was technically unused and unique content so why not.

I knew that document sharing sites were a good source for free backlinks, simply because I had played with them a bit a few years ago (upon the recommendation of a millionaire marketer who swore by them).

I was about to try looking for my old accounts when I had the idea of finding someone on fiverr to do this for me. I figured I’d rather pay someone $5 than spend an hour of my own time trying to figure things out. After a little searching for “doc site submission” service on fiverr, I came up with a few gigs that looked promising.

Long story short, I ordered a gig that promised to submit my file to 35 file sharing sites. It did not take long and I received the detailed submission report as promised.

What blew me away was the fact that a LOT of the doc sharing sites he/she submitted me pdf to, had high Google page rank (PR). I believe there was one site that had a PR of zero but the rest were between PR2 to PR9. Crazy, right?

I don’t care that the new submissions themself do not have any PR to start with, but there is no denying: $5 to get my link-plastered-pdf posted on 30 of these high PR sites was a STEAL deal.

That sounds good in theory. How valuable is it in real life though?

I went and did an “in bracket” search on Google for my pdf file name and lo-and-behold: that pdf file showed up on 30 different sites within Google’s publically searchable database. So I started searching for some of the keywords within the pdf file and those document sites kept coming up – featuring my pdf file.

This meant that not only was my site getting some pretty sweet backlinks from these document sharing sites, but it was starting to get some traffic from them as well (searchers reading the pdf files and clicking through to my site).

I have since gone on to turn a ton of my content into simple .pdf files and have had some fiverr folks submit them to these document sharing sites. Well worth the $5 in my honest opinion!

If you prefer saving yourself the $5 per submission, you can by all means go out, find these document sharing sites, create an account on them and then manually upload/share your pdf files with them. It is free and really is not hard to do but would require some time on your part. Like I said before though, it has proven to be worth it.

Why not take a shortcut and automate the entire process?

If your websites are WordPress based, there is a plugin I HIGHLY recommend you get as it does a LOT of this for you – on 100% auto-pilot.

NOTE: Look past the plain sales page – it really does not look like much and does not do this awesome tool justice in my humble opinion.

Just watch the short video demonstrating the plugin in action and you will be hooked like I was when I first seen it.

What I love so much about it is: you almost don’t have to buy these gigs over and over again (like I showed you that I have been doing). The plugin is a one time investment that works for you on an ongoing basis – automatically turning your blog posts in to pdf files and submitting them to some of these powerful Doc sharing sites. All of these end up linking back to the new post they were generated from in the first place.

As you can see, this is extremely powerful and can add up very quickly.

Anyways, grab your copy here while I turn this post in to a PDF and have it submitted 😀

UPDATE: I finally got around to writing a short report on this subject. You can download it here!

8 thoughts on “How to Get Backlinks from Document Sites”