When I started the challenge in October of last year to make one post per week, it wasn’t so much about creating another source of income. Sure – more money is always great – but it was about more than money for me.

It was about creating a habit.

I remember a webinar many years ago on which Armand Morin – an Internet Marketing legend – shared how he writes an article every single day before going to bed. This was before the days of blogging, so he physically had to publish the content in a custom made html page.

A lot has changed since. Publishing content has gotten a LOT easier since the birth of WordPress and other online publishing platforms like it. So there is no excuse for me to not create a habit of publishing just ONE post on here once per week.

I remember Armand emphasizing how stable long term success wasn’t something that you build overnight, but rather something you build religiously over a long period of time. It’s about developing profitable habits that you habitually do over and over and over again. 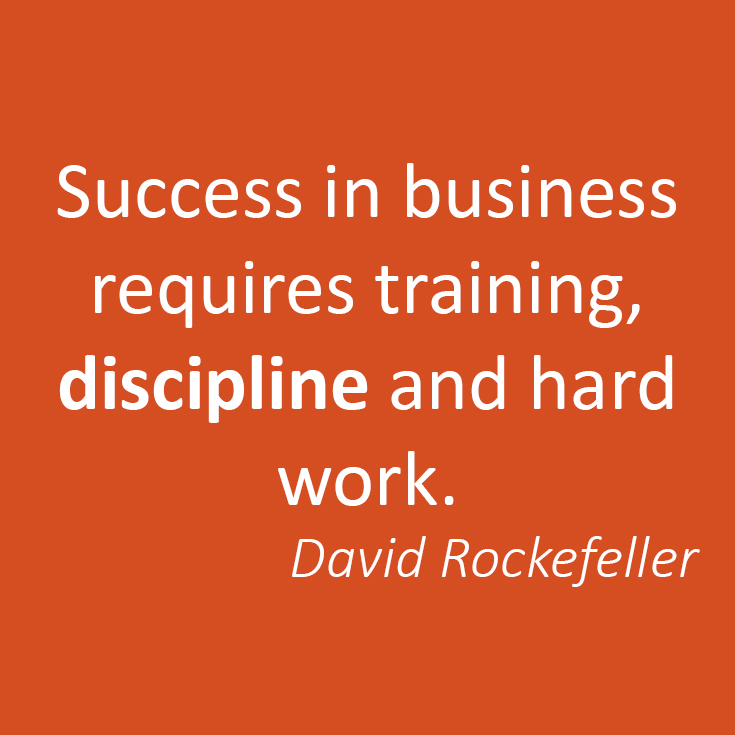 We often look at successful people and may think their success came to them while they were sleeping, but truth more often than not is: They made it happen while you and I were sleeping. In other words, they put in the sweat it took to build their empire one brick at a time.

If you read through some of my previous posts, you will notice that I preach this often. It’s because I truly believe the biggest difference between someone barely (or not at all) making it online and someone breaking all barriers and hitting gold every where they dig, is their habits.

Habits can make or break an empire.

We are already over 12% done with 2016. That means we have less than 88% of the year left to fulfill all the resolutions we set for ourselves. Crazy, ain’t it?

I never set grand new year’s resolutions, but I always do take time to figure out exactly what I want to focus on in the new year.

Of course it’s easy to get ambitious and write down a long list of things you want to accomplish, but what I try to focus on is simple habits that will bring me the results I am after.

In other words, instead of focusing so much on the result I want, I break it down and figure out how I can change my daily, weekly, or monthly routines to that they will eventually bring me the outcomes I desire.

Here’s the catch. If you want to succeed developing a habit, it has got to be sustainable. If you’re trying to develop a good habit with something that is hard to do, it will be easy not to do. So the challenge is: How can you make it sustainable?

Going to the gym five days a week is not sustainable for me. Heck, even three days a week would stretch it. So I committed to go one day a week instead.

One day a week is pathetic, I know, but I also know that I won’t have a problem sticking to it. That does not mean I only go once per week. It simply means I go at least once per week. Anything beyond that is a bonus.

You will have noticed I set a similar goal for this blog: One post per week. I have done more at times, but I have been faithfully doing at least one post per week for almost five months now.

Once a week is what is sustainable for me. Could I drastically increase it to three or five times per week? I could, but if for whatever reason I didn’t hit that goal one week, it would be easy for me to throw in the towel the following week.

So for me it’s all about keeping the winner attitude. I can’t afford to give up before I reach my goal.

This same formula is true when it comes to Search Engine Optimization (SEO). Instead of doing wishful goal-setting, I ask myself: what habits can I create today and sustainably execute every week that will eventually bring me my much desired top Google rankings?

You can’t shortcut SEO anymore. Especially in competitive niches. The best way to get on top of Google and keep outranking your competition is to develop good SEO habits that outlast their one hit wonders.

Know deep down it’s not a matter of if you’ll outrank them, but a matter of when. Then work on making it happen – religiously – every single week.

Big goals are great. The only way to guarantee the achievement of those goals is to work on a strategy that is sustainable enough for you to be able to execute it – religiously – for as long as it takes.

If after a while you find you can up-the-bar and increase your commitment (without failing yourself), by all means do it. But make sure your commitments are at all times sustainable.

Small success is better than no success. First learn to walk confidently before you commit to running.

Slow, but steady will do it. I’ll take baby steps if I have to. I will build my empire one brick at a time!

What is your secret weapon to setting and sticking with new habits?