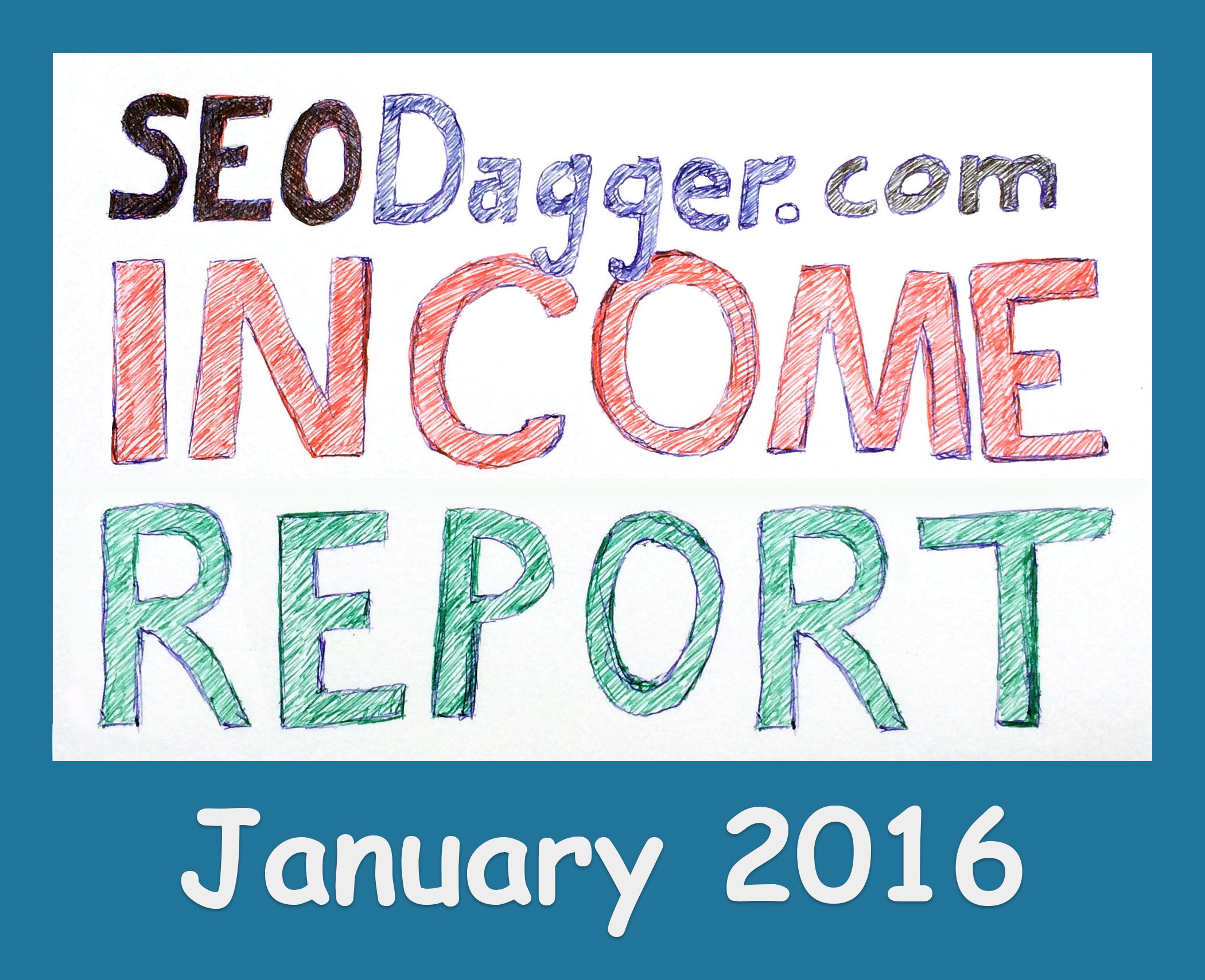 Keeping up with this blog (doing at least one post per week) has been a challenge. Not because I lack valuable content to share, but rather because I lack the time to put the content into words.

I never spend more than a few hours per week on this blog because it simply isn’t something I want to focus on much or spend much time on. It is more something I want to do on the side as a challenge to myself and as a case study I may eventually leverage in a product launch later on this year (in the “travel” niche).

Having said that, January was a beyond-busy month for me. I had so much going on I was bordering overwhelmingness. Aside from working through my PBNs, adding and reworking content and designs on a bunch of money sites, doing Search Engine Optimization (SEO) type stuff for various sites owned by myself, friends and family, becoming a partner (marketing director) in a well established dropshipping company, and a million other things I wanted to see through in January, my work time was limited.

Or should I say: I had to be insanely focused to get everything done. Which isn’t always a bad thing, but can wear you out quickly if you’re not careful.

Not only did we have a guest staying with us for half the month of January, we also took a week off (away from our laptops) and went on vacation. Nothing like a warm sunshine, white sand, and turquoise ocean water this time of year.

All in all, it was a hectic month in my personal life, but I made excellent progress business wise. I was tempted to neglect this blog and focus on more pressing projects, but kept myself accountable and continued doing one post per week as I committed to do in October of 2015).

With all that being said and done, how did the blog do income wise for January? Let’s take a look.

Same as always, my income expectations for January aren’t very high. As just explained, I didn’t spend an extra minute on SEODagger.com that I didn’t have to, and I have a feeling the income will reflect that.

I have not looked at the earning stats as of yet though, so let’s dive into each source together. I will only list the ones I know for sure made me money.

That is it. Actual cash earnings were higher than December, but still nothing to brag about.

Frankly I am a little disappointed when I look at that number, but the more I think about it, the more “cool” I become with it. Why? Because it never was about the money. The money is a bonus.

It was always about proving to myself that I can consistently execute – week after week – and get content published on this blog like clockwork. So in the grand scheme of things, January was still a success.

For the record, I haven’t missed a post in 4 months now. I’m quite proud of that fact.

Why is this so important to me? I will explain it all a bit more in next week’s post, but the bottomline is this: I want to prove that – especially in the blogging world – consistency is far better than rare moments of greatness.

My original plan was to write two guest posts per month on other blogs and have them link to this blog to help gain traction and momentum. I honestly did not have time to do that in January.

What I did though was write a post on one of my own Private Blog Network (PBN) sites and link it to this blog. I also added a link back on existing content of another PBN blog of mine. So theoretically I got two solid backlinks without paying for them, but they weren’t from other people’s sites.

Depending on how much time I have this month, I may just get a few links from Jon Haver’s network. Something is better than nothing.

I currently have a handful of pretty big projects on the go that – each by themselves – could use my full time attention. As a personal rule, I will only ever work on one major project at a time, so not sure why I got myself doing so many at once.

I am delegating a lot of the work for each of these projects, so just managing things (when you have a good team) is proving to be a little easier than doing all the heavy lifting myself.

My current game is to spend one crazy focused day a week per project. Then in the evenings, I will spend about half an hour and catch up with random things that require my attention (like this blog). If I didn’t break it down like that, I would be crazy overwhelmed right now and would not get anything worthwhile done.

The divide and conquer strategy is helping me keep my life balanced.

Business overall picked up quite a bit for me in January. This blog seems to have been the exception though in that the overall earnings for it went down.

My overall Google ranking for this site (and consequently traffic from Google) went up in January. This was major proof to me that the slow but steady posting and backlink building strategy will eventually start working in my favour if I continue to stick with it.

Note: If there is enough interest down the road, I may start sharing traffic stats in these reports as well.

Here’s to a successful February.