My wife, baby girl, and myself just came home from a sunny Thai vacation. We went back to the Krabi province where we used to live and spent a few days enjoying good food, beautiful beaches, and heavenly views the place has to offer. 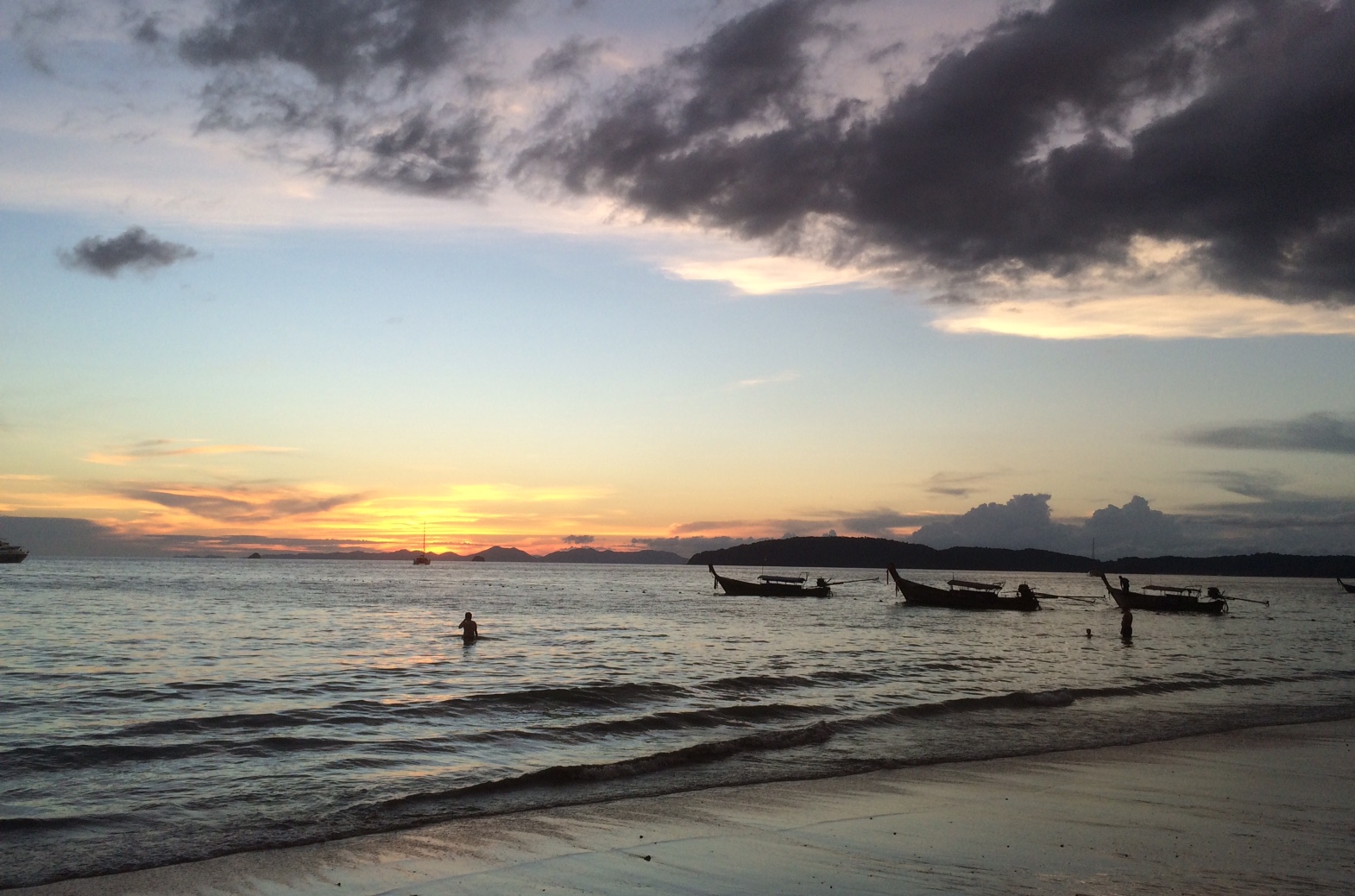 Sunset at Ao Nang beach while vacationing in Krabi, Thailand.

It was nice to disconnect from work for a change. When you work online, you have to make a conscious effort to do that occasionally. It is just so easy to pick up the laptop and get sucked in working, check earning stats, reply to emails, etc.

Which is why my wife and I agreed to leave the laptops home this time around. It was the first time in a long time but so worth it.

When we got home, we were talking and agreed that the last time we had completely disconnected to this extent was when we went to Mexico on our honeymoon (in January of 2011).

While talking, I was reminded how – on our honeymoon five years ago – my blackhat Search Engine Optimization (SEO) practices finally caught up with me and pretty much destroyed my entire online business overnight.

Although I had been warned by my SEO mentors (who had received a Google spanking prior to me) that this would eventually happen if I kept doing what I was doing, I refused to change my “loophole exploiting” practices.

It was a stressful way to run a business. Just KNOWING that sooner or later could be game over. Yet I kept crossing my fingers hoping that I would stay lucky… never actually changing what I was doing.

Wisdom says “A fool refuses to learn from the mistakes of others and is thus destined to repeat them!”

I wasn’t SEO wise at the time. I refused to listen to the preaching of my SEO buddies. They tried having me see the errors of my dark (blackhat SEO) ways, but I refused to listen. I thought: Why switch over to the straight and narrow (whitehat SEO) if blackhat was working just fine for me?

Then it happened. Right there on our honeymoon. The “you just earned a $160 commission” email notifications I was used to getting throughout the day stopped. Completely.

At first I thought that maybe my emails weren’t processing properly on my blackberry, but upon further investigation I found out that my big money site had been completely de-indexed from Google.

As in, the site hadn’t just dropped in rankings, but it literally disappeared from the Google search results. It was GONE, and despite my pleas with Google, they refused to re-index the site. At least for the next 18 months.

I know I have shared this story on this blog a few times before, but it’s worth repeating because the message is as true today as it was back then.

BlackHat SEO is Not Worth it!

I know a lot of bloggers who don’t know ANYTHING about SEO and yet are ranking better in six months than someone who’s been trying hard to rank using hardcore blackhat SEO techniques.

It’s not to say that blackhat tactics don’t work. There are always loopholes and always will be, but they are short lived. Besides, loopholes aren’t something I would ever want to build a business around again. Why? Because they get closed – some sooner than others – and when that happens, you do NOT want your business to disappear overnight (like mine did 5 years ago).

Build a solid whitehat foundation (as I teach throughout this blog) and you will have a ton more sustainable traffic six months to a year from now than someone continuing to mess with blackhat tactics.

Who will be able to take long disconnected vacations then (without fear of getting de-indexed)? You will!

You will – at the very least – be able to sleep comfortably at night, KNOWING your business is still going to be there when you wake up. And a good night’s sleep alone is the hard work of doing things properly worth it for me.